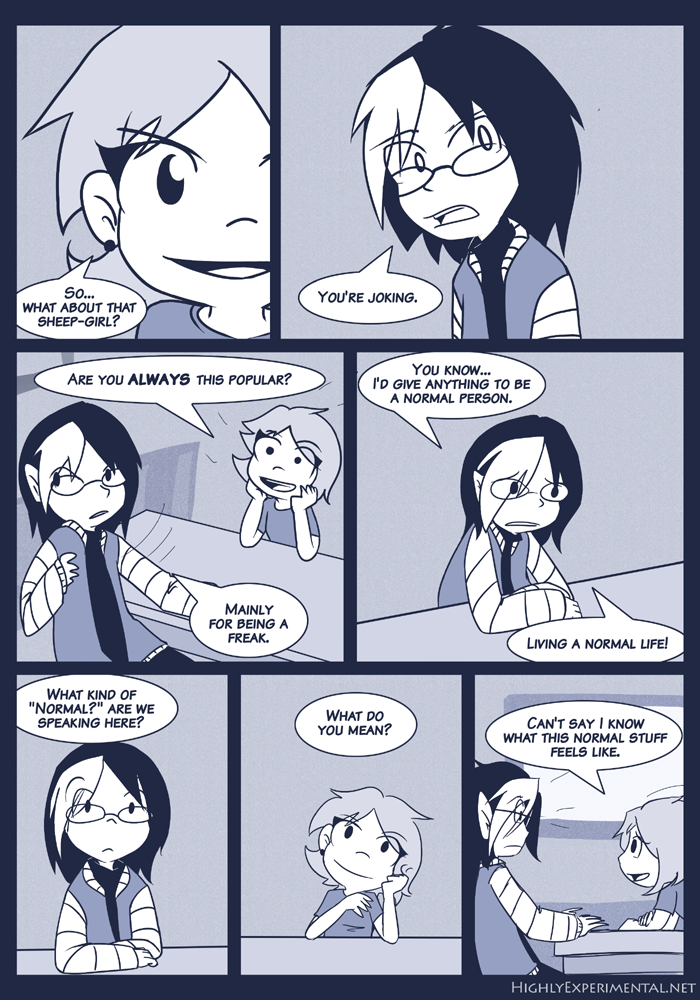 Monday and Tuesday I was exhausted, Wednesday night was when Windows 8.1 downloaded and kicked me out of my machine so it could install. Not only was the upgrade pointless for me, it resetted some art program settings after i had trouble loading it.

The good thing about Windows 8.1 so far is that now it tells me that Skype doesn't work instead of having my messages sent to a black hole of infinite waiting like it used to. :D

I kind of lost my will to draw this weekend. It's just one of those weeks., I'll recover.

Thankyou Terrie!
Normal, if it really exists at all, is vastly overrated.

You just had an encounter with a girl who has a sheep that she takes everywhere. There was also a robot bird that cornered you (girl)friend.
Has he not realised that everyone around him is a touch more freaky than him?
Also, love Terrie's first expression there. It screams 'spill!'