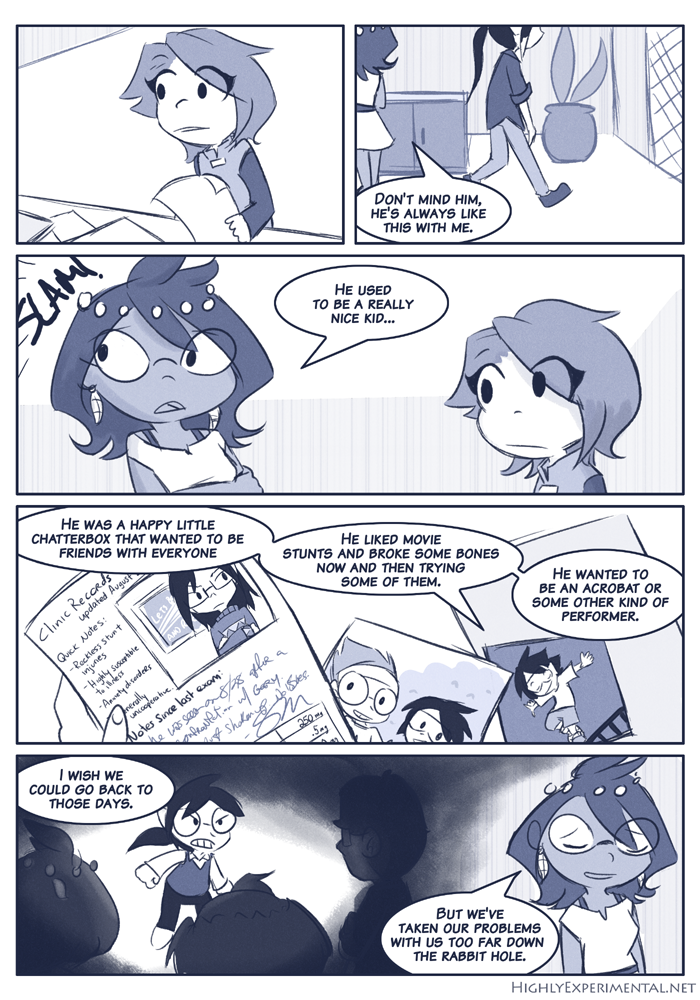 He had dreams and ambitions. Being able to jump from the second floor took lots of tries over the years.

My work computer has been messed up the past couple of weeks, which led to the lack of updates. It BSODs with the errors "kernel data inpage error" and "critical process died" at complete random and Best Buy keeps coming up with excuses to dismiss the 1-year warranty mentioned on their site for refurbished computers. Like, not void it, just try to convince me it never existed.

Well, if there's one short girl who may be able to bring him back out of that grumpy box of his, she may have arrived ;)

Is that gonna be enough to counteract all the people who don't treat him like a human being, though?